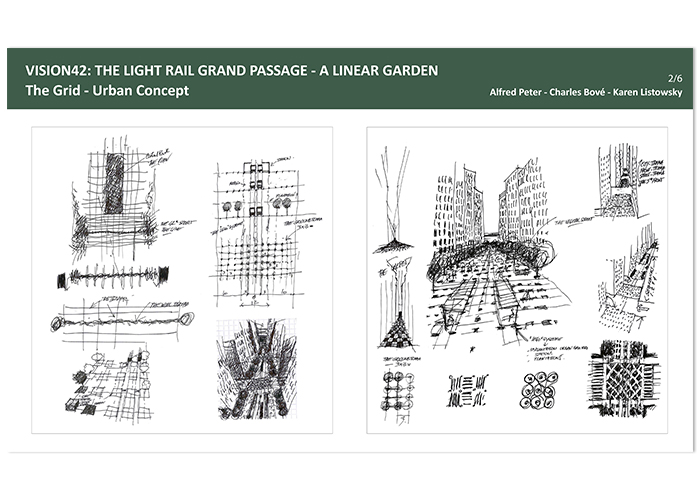 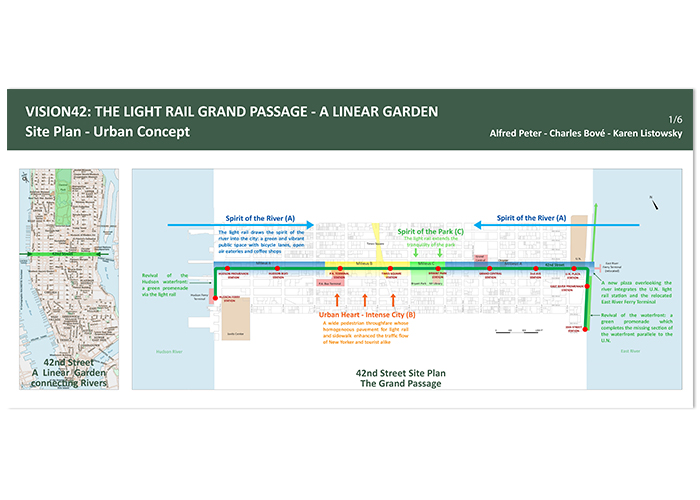 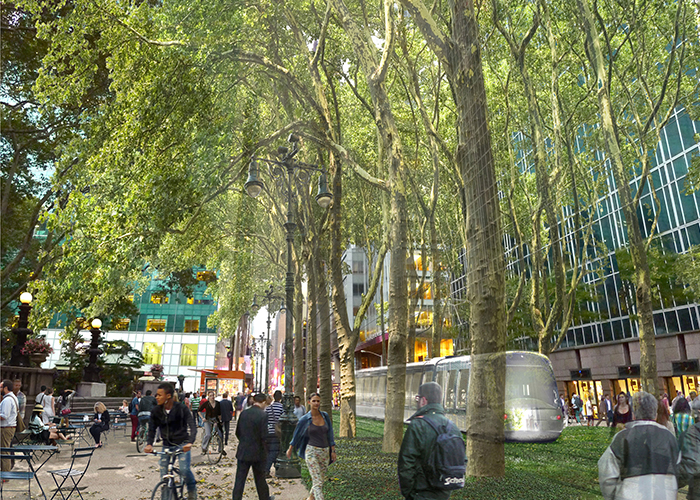 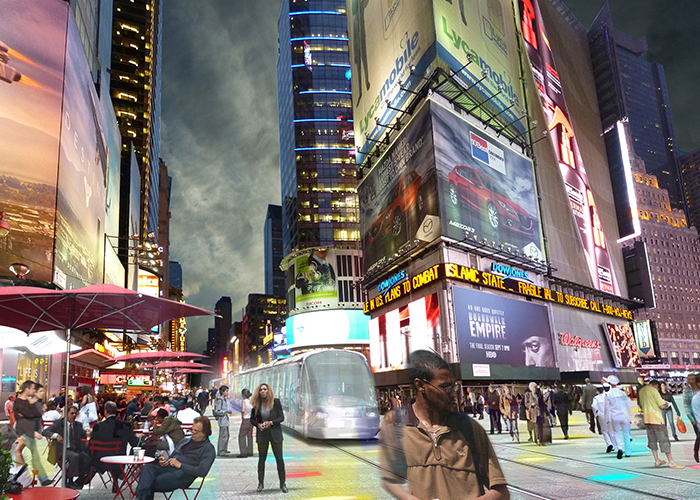 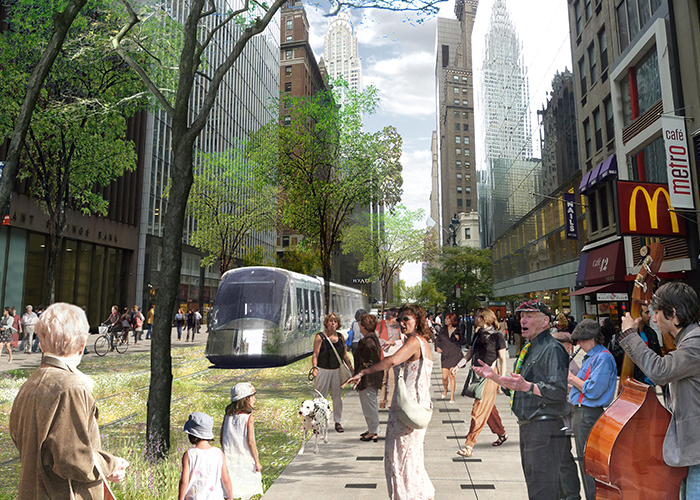 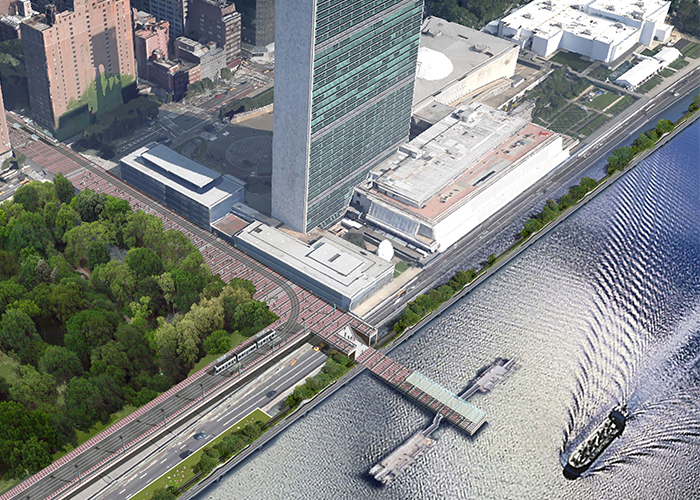 42nd street is a microcosm of NYC reflecting its multiple facets and the dynamic, diverse and undulating flow of the city. The iconic street traverses multiple environments; a walk from river to river is a journey through NYC’s atmosphere, pace, scenery and culture.

The Spirit of the River (Milieus A) – The East and Hudson River waterfronts are designed as a vibrant green promenade to create a spirit of revival. As it enters 42nd street, the light rail draws that spirit into the city with its eateries, bars and coffee shops lined with open air tables. The bicycle lane, light rail and green pedestrian spaces are illuminated to ensure the vibrancy is alive day and night.
An intense urban life, the grand spectacle (Milieus B) – As the light rail moves inland from both shores, we bisect the intense urban city life between the P.A. Bus Terminal and Time square. The street adapts and accommodates the hustle and bustle with a wide pedestrian thoroughfare with a homogeneous pavement for the light rail and sidewalk. This facilitates the coexistence of the pedestrian intent on a destination with the loitering of the tourist and the local employee enjoying an outdoor lunch.
The Spirit of the Park (Milieus C) – Passing alongside Bryant Park and the grand edifice of the NYC public library, the light rail extends the tranquility of the park into the street while maintaining the character of the thoroughfare.
The U.N. Light Rail Station Plaza – The U.N. light rail station opens into a large plaza which offers a scenic vista overlooking the river. This plaza connects to the relocated East River Ferry Terminal and to the planned East River waterfront esplanade parallel to the U.N.
The Light Rail, part of the Show – The light rail itself, designed as a moving sidewalk, is a continuation of the public space. The journey on the light rail accommodates practical commuters alongside people discovering the show that is NYC. Day and night, the illuminated light rail will be an eye-catching part of that show.
From the riverside light rail promenade which calms and warms an intense soul, to the densely urban jungle of mid-town, THE LIGHT RAIL GRAND PASSAGE – A LINEAR GARDEN is sure to win the hearts and minds of the citizens of NY and the world for its practicality and beauty. 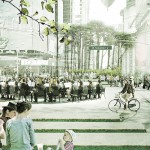 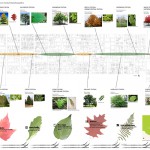 Grows a Greenway On 42nd